History of the Association

Predecessor and Initiator of the ERICarts Institute

The history of joint European research efforts in the sphere of the arts, heritage and cultural policies dates back almost 40 years ago - cf. an instructive overview of major examples in Table 2 of a Briefing Note prepared by the ERICarts Secretariat in 2002. However, an independent research body that could integrate experts from all corners of Europe remained an unfulfilled desire.

In order to rectify this situation, first steps towards the establishment of what today is the ERICarts Institute were taken 1991-92 by a few researchers (led by Ritva Mitchell, Helsinki, and Andreas Wiesand,Bonn). At the time, the "Cultural Information & Research Centres Liaison in Europe" (C.I.R.C.L.E.) - which had been established in the early 1980s at the Council of Europe in Strasbourg - was still active and, consequently, first ideas focused on establishing a "research wing" within that network. However, these ideas were not taken up by the Board of C.I.R.C.L.E., due mainly to its semi-official character and to the reluctance to shoulder financial risks involved with trans-national research projects.

The desire to create an integrated European researchers' platform became publicly manifest at the "European Symposium on the Status of the Artist", held May/June 1992 in Hanasaari near Helsinki. In her concluding address at this event, Ritva Mitchell highlighted the urgency of coherent research efforts in the domain of arts and culture: "We already have some established networks, e.g. CIRCLE, but we need a competent European body to plan, initiate, coordinate and carry out comparative research."

Similar declarations were made during 10 preparatory meetings throughout Europe, until the formal creation of the non-profit Association "Scientific Council for ERICarts e. V." (later known as "ECURES" and today under the shortcut "ERICarts Network"), i.e. the body that founded the ERICarts Institute 10 years later, could finally be achieved at the first Assembly of 17 experts in Bonn, December 1993. Two years later, the "European Food Project" marked the start of research activities of the new Association with a preparatory conference in Torino and Cocconato d'Asti, followed 1997-2003 by a series of gender-related projects (funded by the EU and UNESCO), 1998 by the "Compendium of Cultural Policies & Trends in Europe" (a joint venture with the Council of Europe) and 1999-2002 by another flagship project, sponsored by European foundations: "Creative Europe". During these years, the feasibility of the emerging ERICarts Institute could be tested, working methods were refined and a network of over 100 collaborating experts in all parts of Europe became the backbone of joint research efforts. 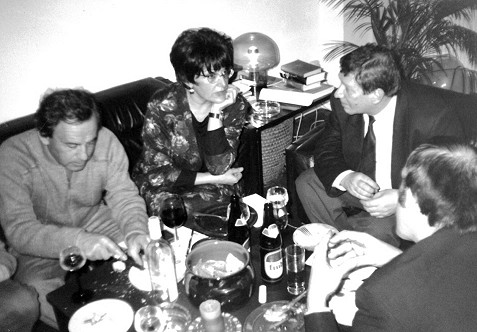